In awe of Scotland’s birds. 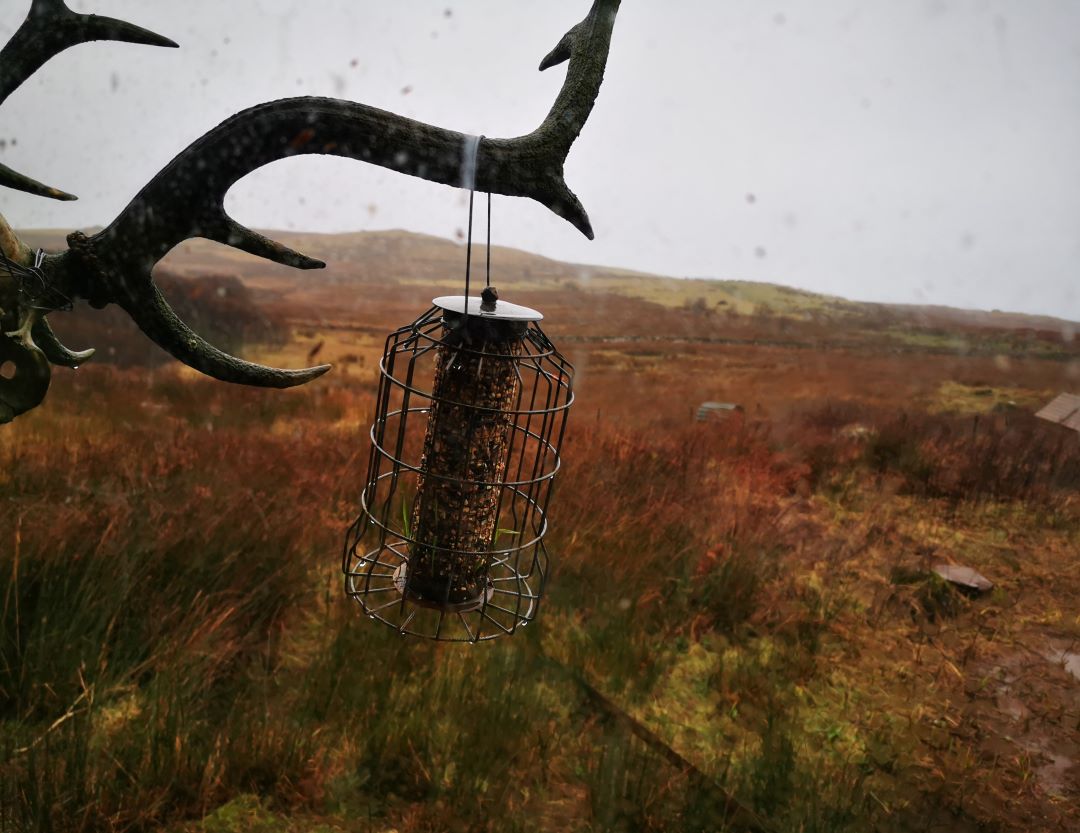 On the train heading home after a Hogmanay abroad I see a standoff between some healthy lowland sheep and a flock of neck-to-attention geese. It reminds me that these birds are in their winter feeding grounds, that in a few months they will be heading north, that we are past the middle of winter and the skies will become lighter and lighter with each passing day.

The great arrowheads of migrating swans and geese flying through day and night north by north west to Greenland and Iceland orientate my early season voyages. Watching the feathered V formations ploughing through an oranging sky to journey on through the night will send shivers up my spine. A safe haven sailing among the Hebrides and Scottish highlands for Selkie is close by. When I do set course for the Faroe Isles, as the light fades my stomach will clench with anticipation of the night voyage ahead. Do these great brave birds get the same sensation as they keep true to their journey, beating time through a 12 hour night, using a chasing wind to assist their flight to summer breeding grounds?

I’ve made it onto the calmac ferry from Mallaig to Eigg. The Point of Sleat, the southern tip of the Isle of Skye is to starboard. I don my waterproof and battle past the ship’s watertight door. Full weight against the metal frame I push against the wind and slip through to another world on deck. Waves race grey and angry against the hull, the radar antennae revolves tirelessly. I stand under the funnel vents, warm air blowing down on to me and watch for any marine birds.

Sometimes in winter I will spot a little grey sea bird, frantic rapid flaps of stout wings, keeping the small body airborne. More often, I will see them spot Selkie and duck beneath the waves, wings more suited to propel them at great speed to depths and feats only realized recently… these birds are in an elemental battle to survive and soon they will be starting to feed up and colour up. It takes a great amount of effort to achieve the glorious glowing colours of the much-loved puffin. If I had to source and make all the necessary facepaints to become a clown from the environment around me, I would not be able to do it. Every year, the puffin demonstrates this physiological marvel to change from little grey sea bird to the much adored and photographed sea-parrot puffin. They are swimming the waters now, chasing ever decreasing numbers of sand eels and herring, to prove they have the ability to feed enough to find energy needed to transform… the agreed theory of this phenomenon is that a more successful colorification demonstrates resilience and strength and a bird better capable of breeding and raising a chick to fledgling…. I am in total admiration. I’m back inside now, cup of tea from the ferry café steaming beside the laptop. It is challenging out there at this moment. The wind is howling, the rain lashing. No sun to glint off the screen and making writing impossible.

The weather is absolutely dire – dreich! My son has forgone the last day of his school holiday to head back to Mallaig in front of the gale now here, foretold to endure for days. I’m back in the cabin on the croft on the Isle of Eigg’s northwest corner, missing him and wondering if I made a mistake living on a remote island where the teenagers must live on the mainland for their schooling. The view outside is of a rain-washed delta feeding into the mud swamp of flag iris choked ground. A few chickens forlornly squelch around under the bird feeders dangling from antlers above the front windows. Water soaked gusts of 40 knots rattle the seeds from the feeders, which is what the hens are waiting for. Occasionally a thin hungry little bird will dance with the rocking feeder… in danger of being damaged by the container as much as being spotted as dinner by a waiting sparrow hawk. For chaffinch, hawk, hen, swan, goose and puffin… Tucked up in my toasty cabin it’s hard to imagine how birds get through this? How do they keep warm enough, feed enough to have the energy to keep foraging and hunting, let alone gear up for breeding? I will channel by inner bird and head out to find the sheep, feed the horses and visit Singing Sands.

What awe-inspiring bird stories do you have?