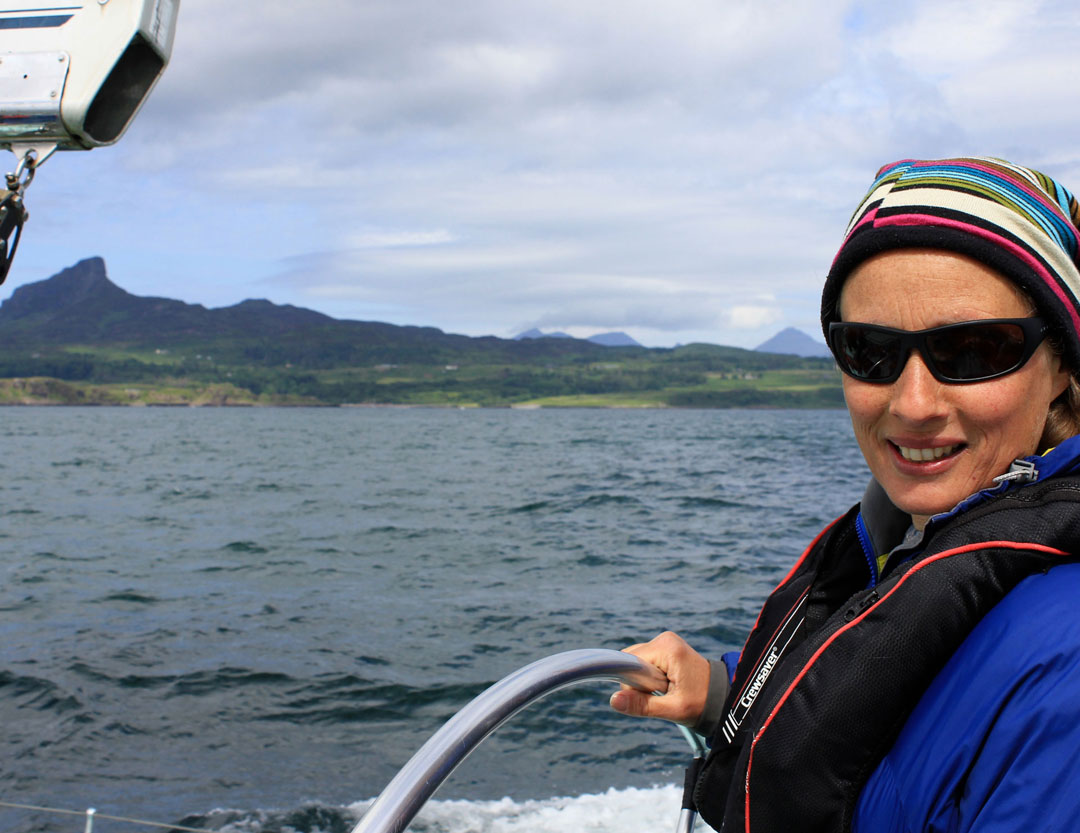 Skipper Celia Bull is an experienced yachtswoman and climber who began sailing in the late 90s when she joined a 10 metre yacht in Greenland. Entranced by the wildness of the high latitudes, she crewed on a charter boat, working out of the Falkland Islands, and visited South Georgia and Antarctica during film work with the BBC’s Blue Planet team. Following this unique, edifying experience, she bought her own boat, Ada II, and returned to the South Atlantic. For five years, Celia sailed with expeditions and charters in Patagonia and South Georgia and led an all female trip to Antarctica. Celia lived and sailed with her baby son Dylan on Ada II before settling down for a few years in Chile. When Dylan was three, she found and bought Selkie in Croatia. Selkie became their home, and they worked their way back to the UK and up to the Isle of Eigg, where they now live and run a croft as well as Selkie Explorers.

Camille Dressler has been living on Eigg for over 30 years and is our local historian, having written Eigg: The Story of an Island. Camille is an amazing chef and comes along for our luxury trips, cooking up a storm. Also as an experienced Qigong practitioner, she is very much involved with our wellbeing trips. 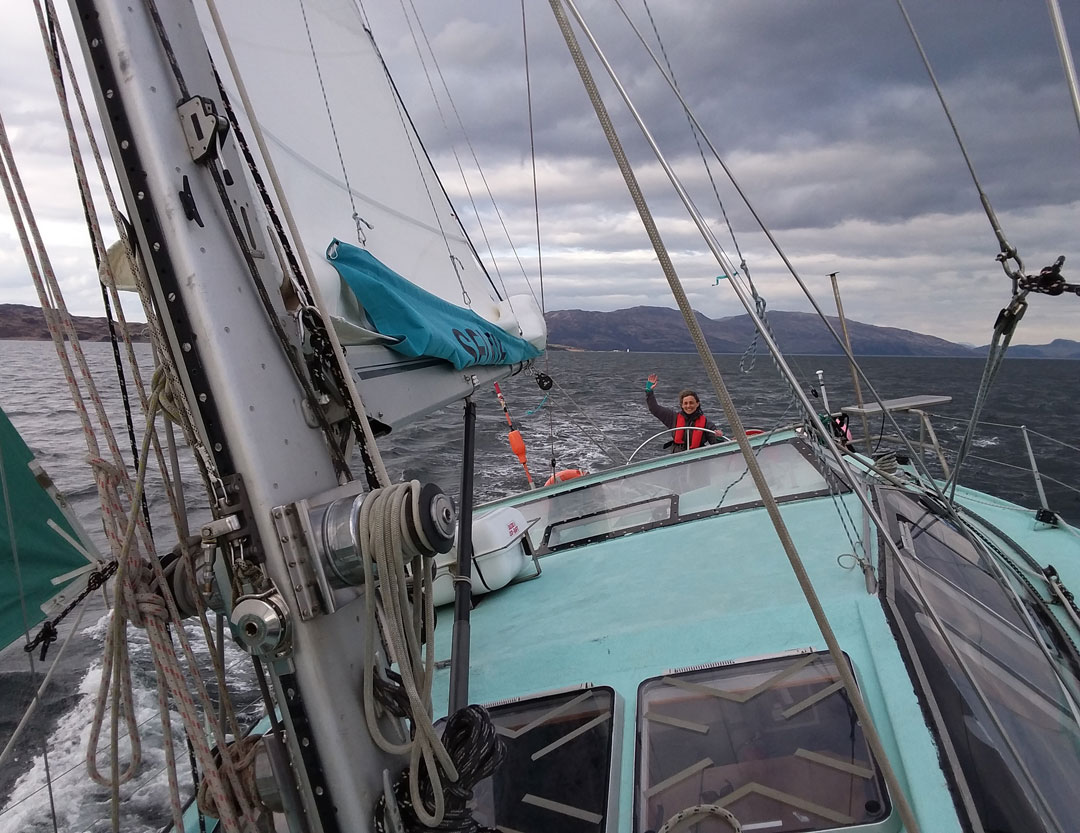 I am very happy to introduce Marjorie. She is a very experienced sailor, having completed the Whitbread Round the World Yacht race in 89/90.  She is a yacht master and has taught sailing in outdoor centres.  Along with crewing responsibilities, she will be Selkie’s chef for part of the 2020 season. She has run her own catering business and has a wealth of knowledge and skill that will be a wonderful addition to the Selkie experience 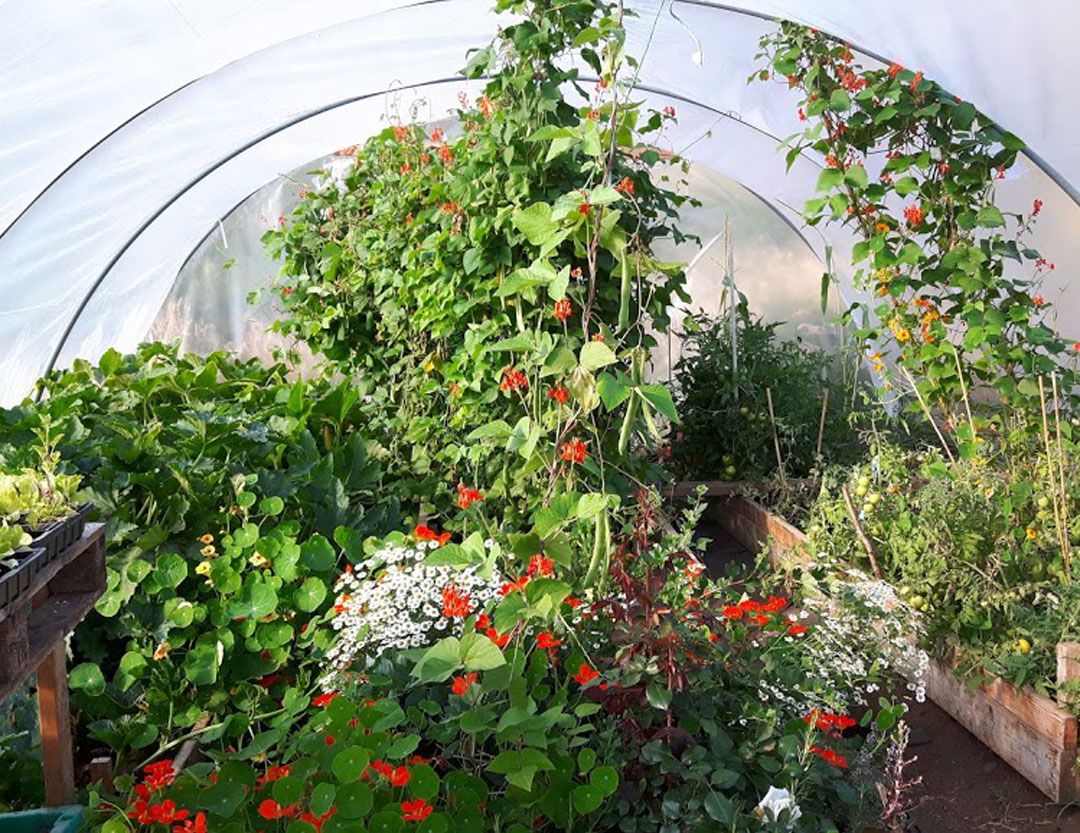 Sarah joins Selkie as a phenomenal cook and I for one am extremely happy to welcome her onboard.  She is a very experience chef, especially vegan though she is great at cooking the lamb, pheasant and fish that we catch too!  She is an active volunteer for the Sea Shepherd Conservation Society and recently spent 2 months as cook onboard the MV Farley Mowat in Mexico, cooking daily for 16 crew long with crewing responsibilities.

Sarah will be Selkie’s chef from July to the end of our 2020 season. She has an impressive chef cv and also brings a wealth of foraging knowledge with her which will be much appreciated and enjoyed…

We’ve had some wonderful helpers aboard Selkie over the years. Many thanks to you all for your skill and enthusiasm which plays a crucial supporting role both onboard Selkie and at the croft, where much of what our guests eat is grown. If you’re interested in volunteering, get intouch to see if we have any availability.