This winter I will be preparing Selkie to sail north.  I have big plans for future years and this voyage is the start to realising those dreams.  This expedition has already gone through various guises as I work out what it is I want to do.  Prior to starting Selkie Explorers in 2015, I was involved in an art and science residency program around the Northern Isles.  It was an amazing and illuminating voyage for me and for others involved and the ripples reaching out from then are reverberating loud and beautiful now, eight years on.

Leaving in January from Eigg, myself, the boat and crew will head north and east to Lerwick in the Shetland Isles.  In February, using the light of the Snow moon, full on the 5th February, we will make the 200 nautical mile crossing to Norway, choosing our timing mindfully with the weather.

Selkie is going further afield, further asea, further afjord.  I am not putting a destination on this voyage, other than there and back.  The cost of fuel is high, and set to go on rising with the war in Ukraine and unrest in the world and at home.  The heating on board is currenty diesel and we want to use the engine sparingly.

This is a voyage of discovery and creation.  I have been developing yoga and wellbeing voyages both as Selkie Explorers and with Slow Adventure Ltd.  The direction of these experiences is so much richer and more mindful to me and those journeying with Selkie.  The Selkie Winter Voyage is about expanding and exploring the creativity and connection within and without and sharing it in our daily lives. I am a mother and this year my son is off to University and finding his own way in the world.  It is time for me to explore my potential both at home and away.  I have my health and curiosity to know more about the world, myself and place within it.

This is what this opportunity means to me.  It is about potential.  I have a friend, a teacher, who will be joining Selkie for the whole voyage and will be taking her experience back to her pupils. For me, I want to explore themes: Women. Writing. Art. Community. Culture. There are strong links in language and common themes culturally running along the length of these northern sea routes.  This is an opportunity to delve into our interelatedness, our differences and make new connections.

We will be taking our skis as well as the sails!

We are inviting artists to join in residence for the voyage.  It is also open to those for whom the voyage resonates.  There is a cost involved.  There are running costs of the actual voyage and contributions to the upkeep of Selkie which makes her the wonderful capable sailing boat that she is.

The first leg of the voyage starts from Eigg on 9th January.  Our primary days together will be stocking the boat and planning our departure with the weather and tides.  Our end point will be Lerwick at the end of the month.

The crossing to Norway will be between the 4th and 13th February.

Norway coast for one month 14th February to 14th March

Selkie’s 2023 charters will start from Shetland in April with the Shetland Geosail followed by a 10 day Homeward Bound voyage that will take us down to Eigg, either by the west or the east coast, depending on conditions.

If you want to join the Selkie Winter Voyage or have any questions pertaining to it then please  contact us. 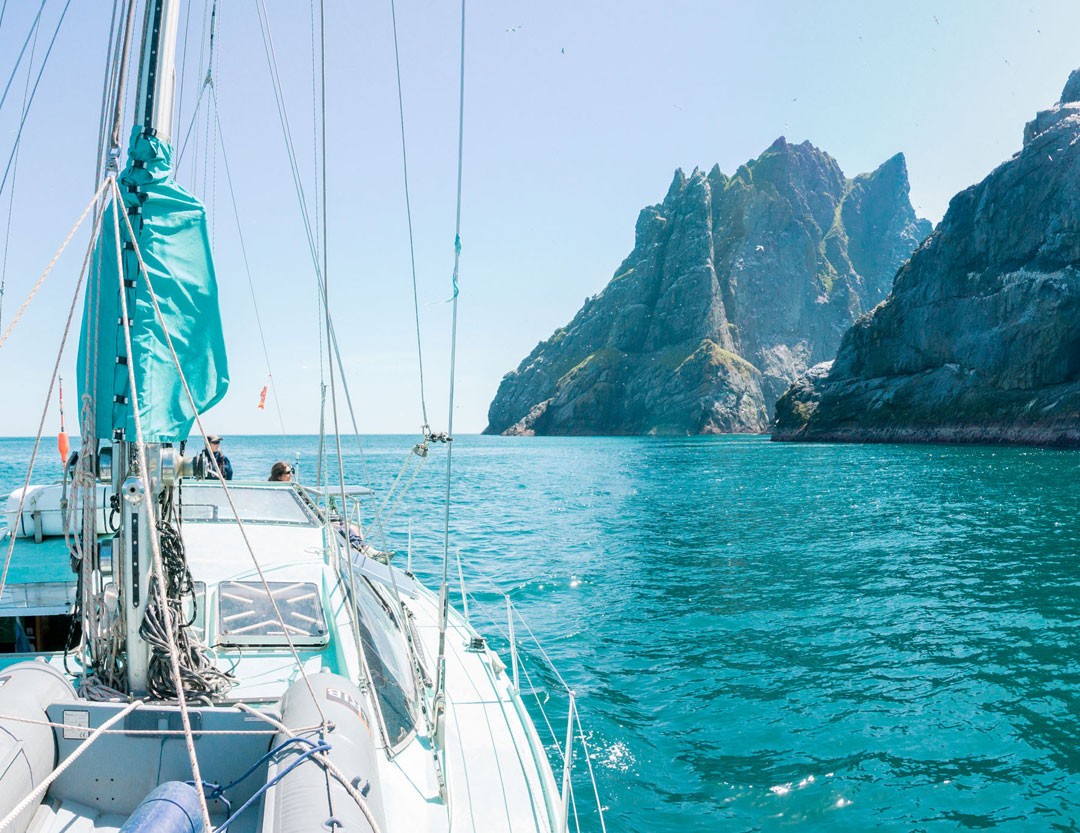 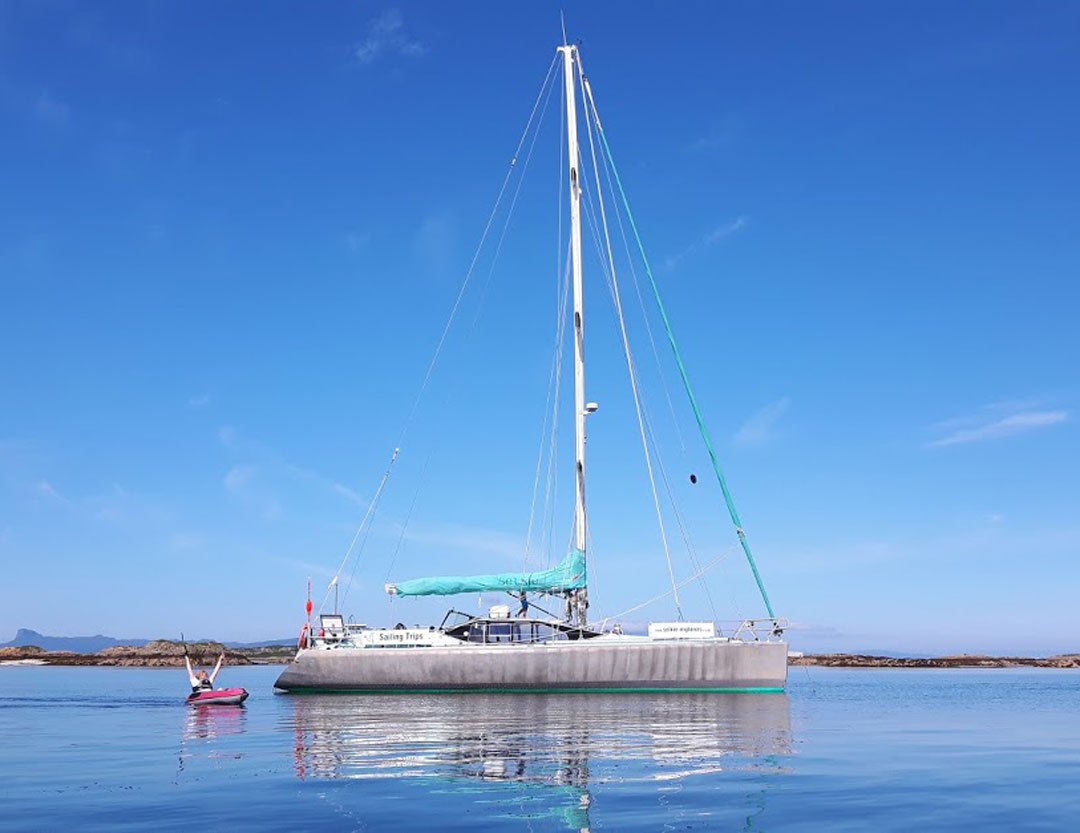 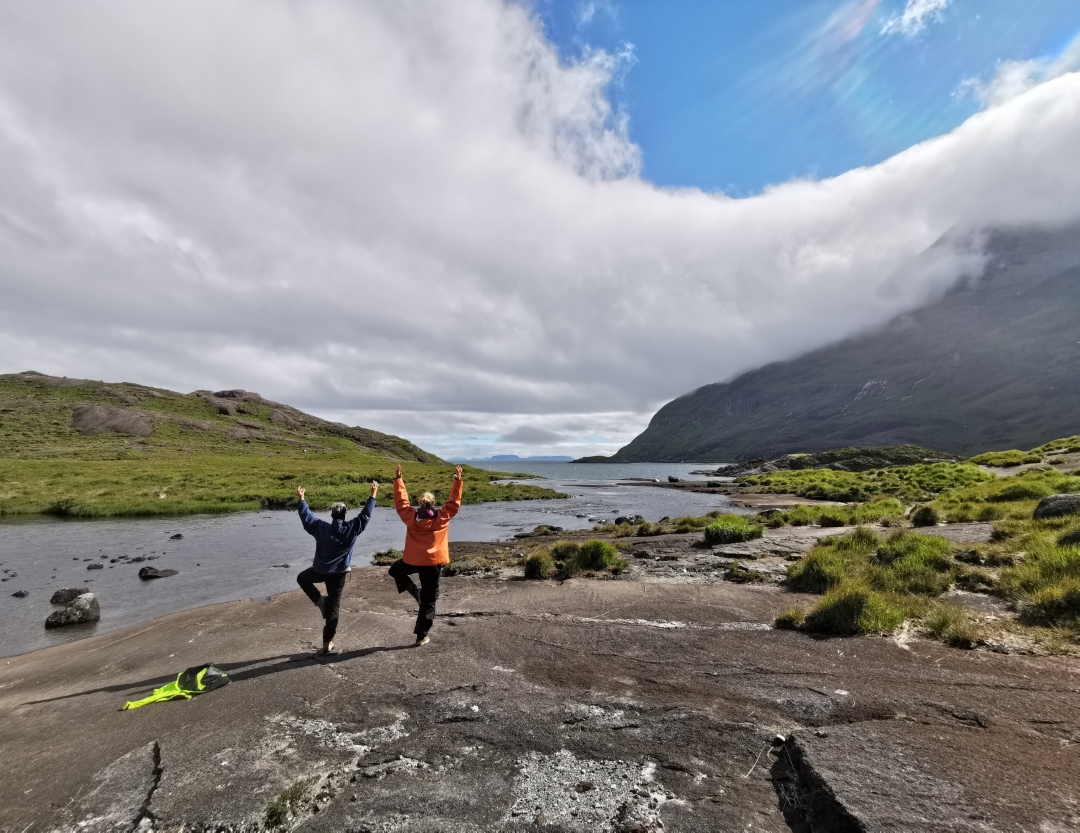 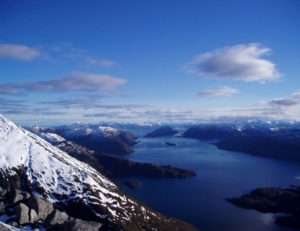 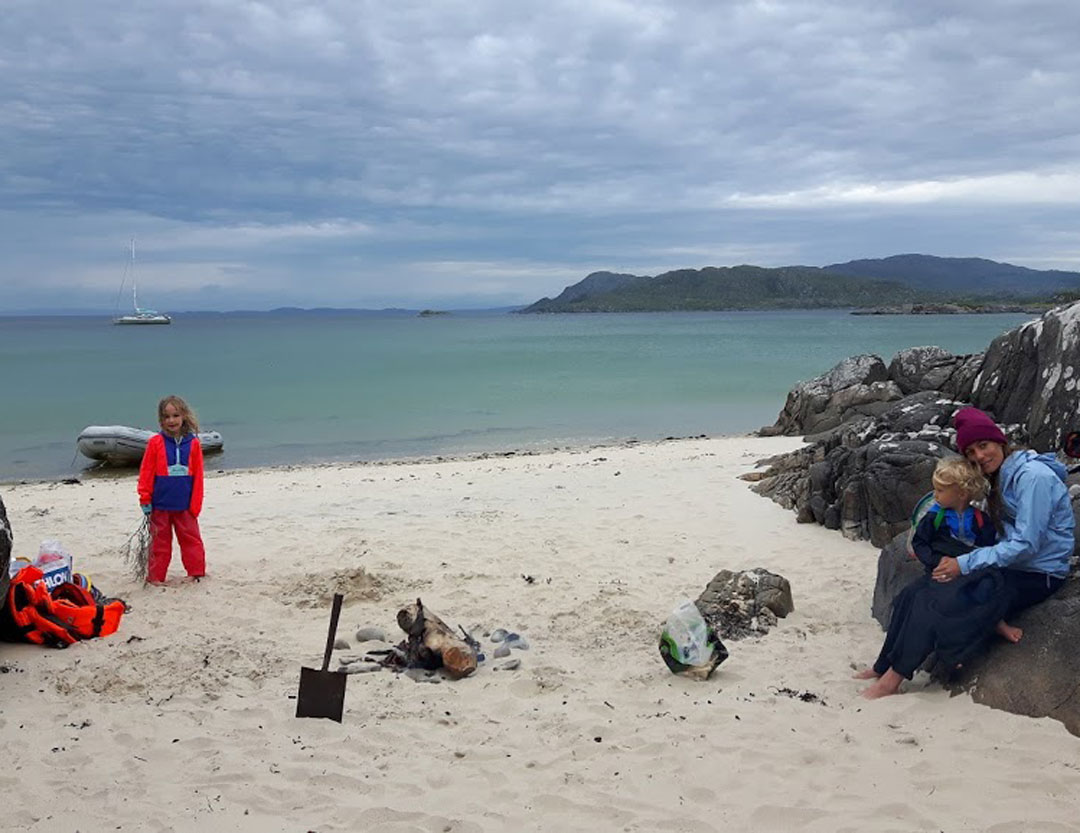 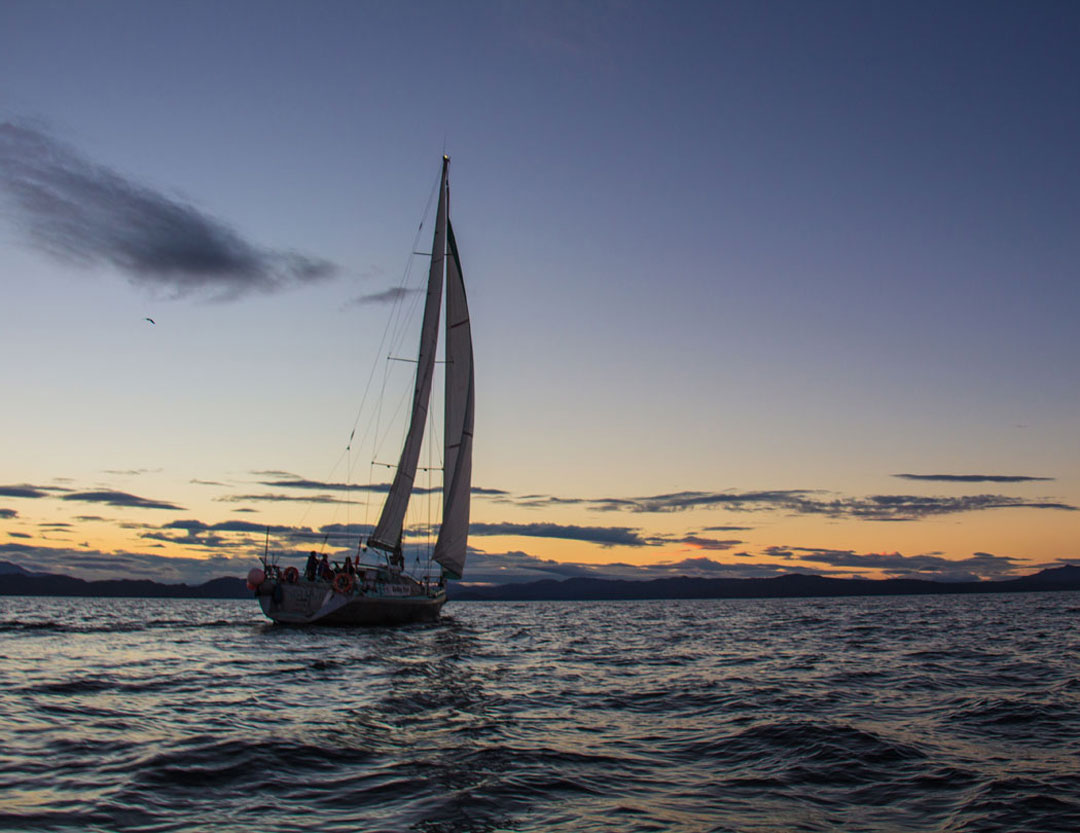